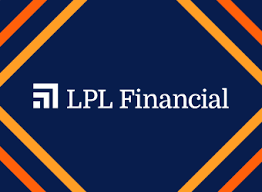 Could the Worst Be Behind Us?

As the third quarter comes to an end, it’s admittedly difficult to be optimistic about stock and bond markets right now. The most recent quarter saw both stocks and bond prices fall in tandem again. The negative returns for both markets were the third consecutive quarterly declines for stocks and bonds. Of the 187 quarters since 1976, there has never been a period that has seen negative quarterly returns for both stocks and bonds three quarters in a row. Said another way, this is the longest period since 1976 that bonds haven’t played the traditional role in portfolios by offsetting losses in the stock market.

So why own bonds at all? The value proposition for core bonds is that they tend to provide liquidity, diversification, and positive total returns to portfolios. Unfortunately, none of those values is 100% certain all the time. Like all markets, fixed-income investing involves risks and, at times, negative returns. However, despite the historically poor start to the year, we think the value proposition for core bonds has actually improved recently. Investing is a forward-looking exercise and with the move higher in yields that has already taken place this year, we believe now could be as good as it’s been in quite some time for core bonds. Starting yields on most fixed-income asset classes are hovering around the highest yields we’ve seen in over a decade. So we don’t think now is the time to abandon your existing allocation to bonds and in fact, it could be worth a look for those investors underinvested in bonds.

We acknowledge how difficult it is to stay invested during these bouts of market volatility. But markets have already priced in a lot of bad news, and we think we are closer to the end of this negative cycle than the beginning. Potential catalysts for a rebound in the near-term include third quarter earnings season, midterm elections, tailwinds from a seasonally strong fourth quarter historically, and the Fed possibly signaling a pause in rate hikes by year-end. While there may be continued volatility in the near-term, we believe the surest path forward remains to stay true to your existing financial plan.